YEAST FOR HORSE - HOW GOOD IS IT?

We get many questions about feeding horses yeast, what kinds there are, and if some are better for horses than others. We have our own understanding about feeding with yeast. Horses are by nature “large intestine fermenters,” and we experience that feeding with yeast has more downsides than advantages. I thought I would clarify information about different types of yeast since that is usually what the questions we get are about.

Yeast are fungi, but does it belong to the animal or plant kingdom? Researchers thought long about it and came to a conclusion that it is its own art. Fungi do not have the green substance chlorophyll that plants have in order to produce their own nutrients. Since Fungi lack chlorophyll, they have to obtain nutrients like animals. However, they do not consume like animals, but instead suck nutrients from the ground or in its habitat. Fungi are therefore neither plants nor animals, and are categorized into a separate kingdom.

Living yeast
A packet of yeast is made up of yeast cells, saccharomyces cerevisiae, and water. Yeast is a unicellular fungus that is composed of protein, carbohydrates, fat, minerals, and B vitamins. Most of the protein is made up of enzymes, which are definitive in the fermentation process.

Unicellular organisms, the group yeasts belong to, have a very intensive metabolism and growth. That is why yeast cells can multiply so quickly. Each yeast cell can give off 20-30 new identical cells, which then give off just as many, and so on. In favorable conditions, a “starting culture” of 10 milligrams can grow to 150 tons in a week! In the right environment, fermentation has its peak. The environment in the intestine is suited for fermentation; just as 38 degrees Celsius is ideal when fermenting dough, it is the ideal temperature in the intestine.

How does it work?

What affects and decides the growth of yeast are the access to nutrients and oxygen, as well as the temperature of the yeast culture. By lowering the temperature, the activity level decreases, which is the reason that ready yeast is stored in cold temperatures. When the temperature is increased again when yeast is dissolved in the dough liquid (intestinal gruel), the cells are activated again. During the actual baking the temperature increases significantly in the bread and at 50 degrees Celsius the yeast “dies.”

During the pelleting process (heat of 50 degrees Celsius), living yeast cells are killed. It is said that it is only used to increase the protein levels and B vitamin levels. However, B vitamins are also sensitive to heat, so how can that be explained?

In a great deal of products, the yeast has been made thermally stable during production so that the living yeast cells can handle the pelleting (however it is done)

Some feeding yeast is mixed into wheat feeding flous (wheat gluten) for the most part.

Brewer’s yeast is one of the most common staples for feed that is used as a supplement. Brewer’s yeast is a residual product and staple in the production of beer. The living yeast microbes are cooked in order to be killed off before drying and sacking. It is rich in proteins, enzymes that are crucial to the fermentation process.

SO THE HORSE HAS BEEN FED WITH YEAST – WHAT IS THE RESULT OF THIS?

What the horse owner that is feeding with yeast notices is that the horse’s stomach condition improves, and there is no watery stool. What is actually happening is that the horse is starting an abnormal fermentation of the feed, which causes an injured intestine membrane. This type of fermentation causes the PH value to become more acidic, decreasing the number of good intestine bacteria and causing the bad intestine bacteria to multiply. In the end this can cause LGS (leaking gut syndrome), in other terms, toxic substances leak out through the membranes out into the blood stream.

The blood that is to be purified in the liver and kidneys cannot keep up with all the new toxins that are transported there, so the toxins follow the blood through several circuits in the body and eventually have to be stored somewhere. They often end up in the muscles, tissues, skin, and hooves. The immune system is weakened, and the horse gets various disease symptoms that are not always associated with feeding of the horse (the horse’s stools improved)

There are also yeast fungi belonging to the Candida family, which are part of the body’s normal flora. Candida have the task of making sure unwanted bacteria do not attach and harm the flora of the intestines. When the Candida’s normal nutrients run out, the candida divides and spreads throughout the body through the damaged membrane, to the blood stream and feeds on the sugar that is supposed to be transported to the cells. This process in turn causes a large strain on the horse’s wellbeing and immune system and can even begin developing into different disease symptoms and allergies.

Some examples of what fungal infections can cause: thrush, fungal onset on the skin that can appear as discoloration, fungi in the ears and milk ducts of mares. Watery stool is just one symptom that can appear due to yeast being fed to a horse.

Horses are characterized by a very high incidence of mycoses in comparison with most livestock and companion animals. They are highly susceptible to asymptomatic infections caused by yeast-like fungi, but the carrier state may be disrupted under the influence of autogenic and allogenic factors. The above leads to severe organ mycoses, often with an acute form of infection.

"Carrier horses" may also act as vectors which transmit potential pathogens between individuals and species. The aim of this study was to identify yeast-like fungi and yeast colonizing the ontocenoses of healthy horses and to determine the factors which affect the frequency of pathogen isolation. It was noted that the age of the horses influenced the frequency of isolating fungi and the species diversity of obtained isolate. The taxonomical spectrum of fungi also varied depending on the season (in the autumn: 37 species, in the spring: 8 species).

The results of the experiment indicate that fungi colonizing the mucosa and skin of animals have a broad taxonomic spectrum. The prevalent fungi were members of the genera Candida, represented by 12 species, and Saccharomyces, represented by 5 species. The most frequently isolated species were: Candida krusei (49 isolates) and Saccharomyces cerevisiae (40 isolates). Many species have been isolated from horses for the first time, which indicates the scarcity of research in this area and the need for routine observations of the mycological environment of stables. 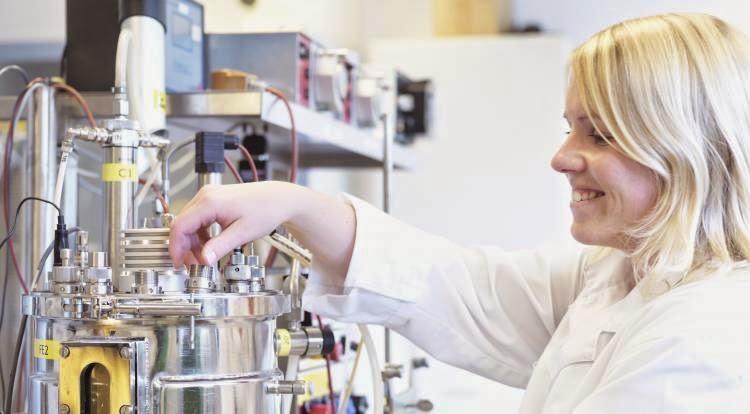 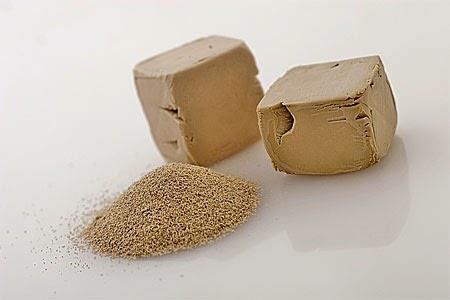 Yeast is solid in many forms 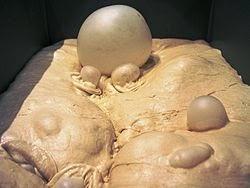 if hte horse got colic